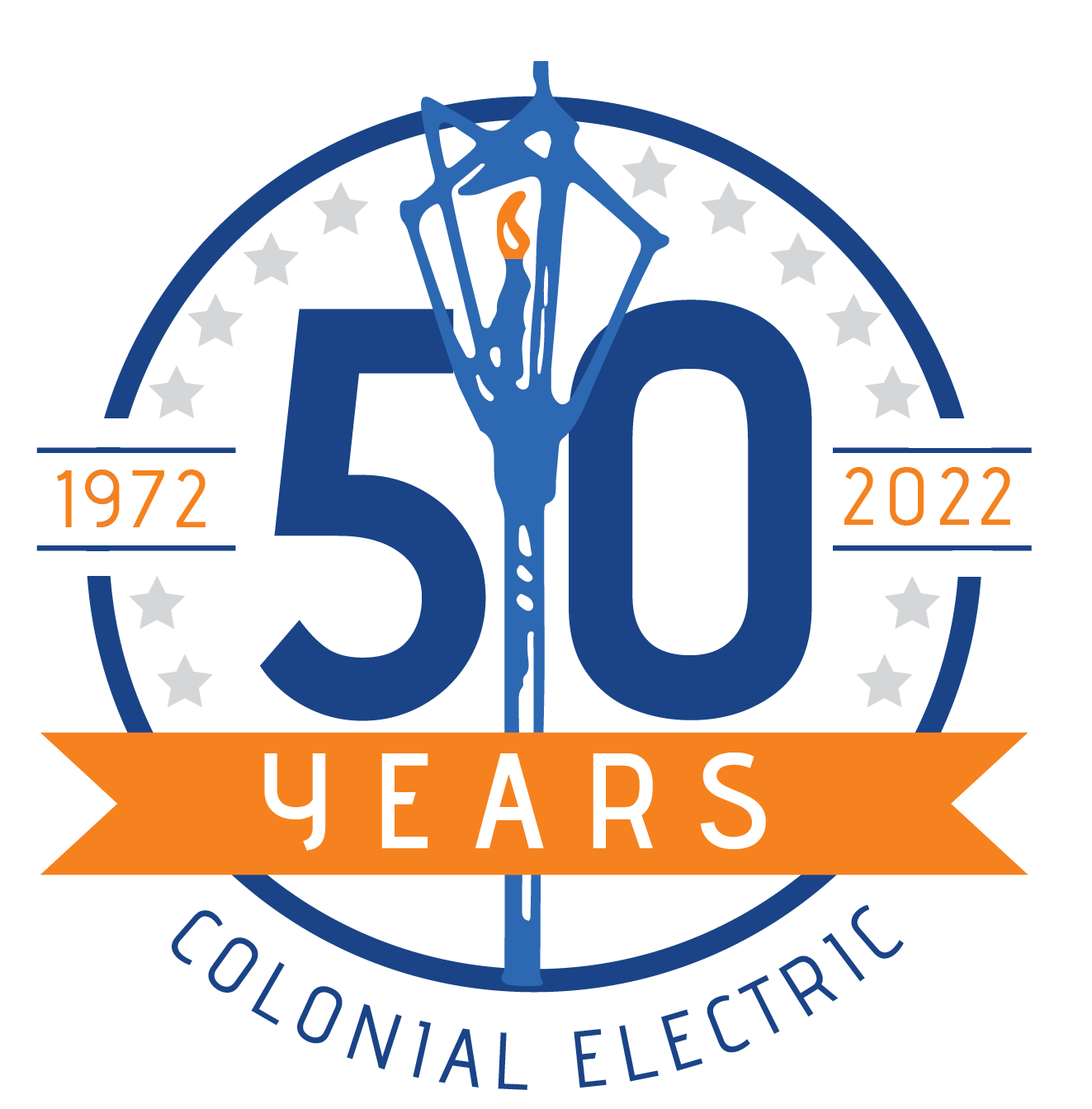 The original Colonial Electric, a trusted industrial focused electrical products distributor, was founded in 1917 in center city Philadelphia but closed its doors in 1970 due to a lack of interest in continuing the business by the heirs of the founder. The original site located at 10th and Vine was sold to a developer. In 1972 their top salesman, Joe Bellwoar, restarted the business but added the word Supply to the name.  Joe, despite having the responsibilities of five children under the age of ten and a newly purchased home in the suburbs, decided to  risk everything in order to give business ownership a try.  Confidence was not a problem for Joe. Knowing this, most of the former employees, vendors, and customers of the original Colonial Electric stuck with him. Unable to get a credit line from the bank, Joe borrowed money from his father and brother, prominent Philadelphia attorneys, and from his best customer who worked at the Scott Paper company, then a mainstay in Philadelphia.

In 1976 Joe tired of the commute from the suburbs to Philadelphia and moved the business closer to his home, to a sparsely developed area called King of Prussia. This turned out to be a stroke of genius as King of Prussia blossomed into one of the largest Philly suburbs, and is centered at the intersection of three major interstate highways, perfect for distribution. The company stayed small and focused on Joe’s industrial clients for the next decade.  In the 1980’s the next generation of Bellwoars started to grow up and began to join the family business. Joe had two famous sayings to the kids: ‘When the customer says jump we say how high’ and ‘Owners only work half a day, but that’s twelve hours’.  In the early 1990’s Joe started to pursue other interests with his wife Trish, a cofounder in the business. The kids were entrusted with keeping the business running.

After a life threatening experience, Joe decided to exit the business and actually had a deal to sell the company arranged with a national competitor. He held a tough meeting with the kids letting them know that the doctor advised him to retire in order to stay healthy, and, because he was retiring early he needed the money from the sale of the company up front, and therefore could not pass the business along to them.  Not ready to be pushed out of ownership, Joe’s nephew Peter, and three sons Jay, David, and Steven developed and presented a business plan to a bank, got financing, and made an all cash counter offer to buyout Joe. It worked. The business was sold and the kids were now in charge.

Having nothing to lose the kids went all in on investments in growth opening up multiple branches in the nineties. Thankfully the economy was strong and the marketplace shook out a few competitors providing experienced employees Colonial would hire in order to grow. Today, Colonial is in a select group of just a few large independent, family-owned-and-operated electrical distributors in the US, and is estimated to be among the top 25 largest electrical distributors in the country in size.  While Colonial operates in almost every state, it’s dozens of stocking warehouse and lighting design center locations are found in PA, NJ, NY, MD, and DE. Colonial uses a hub and spoke distribution system with its thirty acre Customer Service Center in King of Prussia, PA acting as the hub. From there, Colonial ships several thousand items out of its $25M+ inventory every day.

In order to service all regions overnight for next day early AM delivery, Colonial operates its Customer Service Center 24 hours a day. Colonial is known for being able to turn around large complex custom wire parallels, cut to size, in twelve hours to customers from NY to northern VA, a feat unmatched by any competitor. Founded by Joe Bellwoar’s principles of service, Colonial still prides itself on having the highest levels of service and quality in the industry, bar none. Colonial employs hundreds of customer service team members ready, willing and able to service customers’ needs faster and more effectively than its competitors.  We would love to provide a quick and competitive quote for your power and lighting projects. We are also happy to collaborate as a product consultant, and provide design build proposals as your projects require. Give us a call today, we’d love to get to know you!